For the inaugural post of the this blog I think it would be fitting to feature the very first bonsai within the National Arboretum’s collection. Most people don’t realize that the Japanese Collection of bonsai were not the first bonsai at the Arboretum. In fact this tree, a boxwood Buxus microphylla ‘compacta’ , didn’t even come from Japan. It came from the Kingsville Nursery, 60 miles Northeast of DC. The proprietor of this nursery was the notable Henry J. Hohman who is credited with popularizing this cultivar of boxwood. 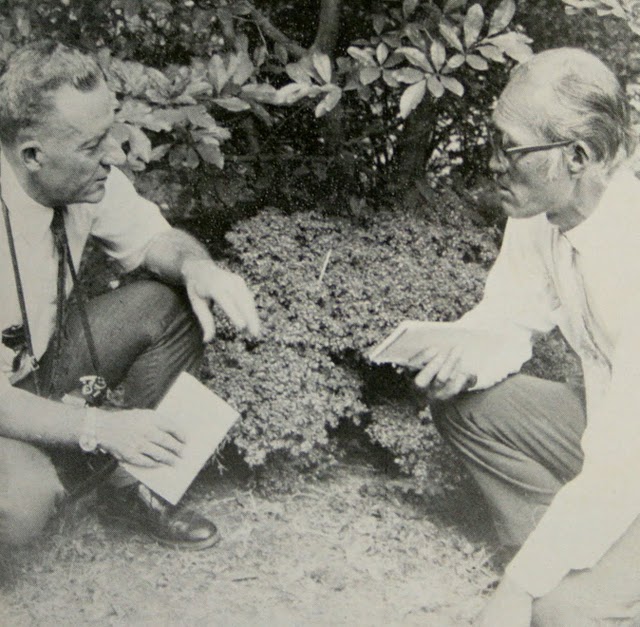 Dr. John Creech, Director of the Arboretum (left), and Yuji Yoshimura (right) discuss a potential candidate while at the Kingsville Nursery, MD in 1973. Both Dr. Creech and Mr. Yoshimura had early aspirations for a bonsai collection in our nation’s capital. 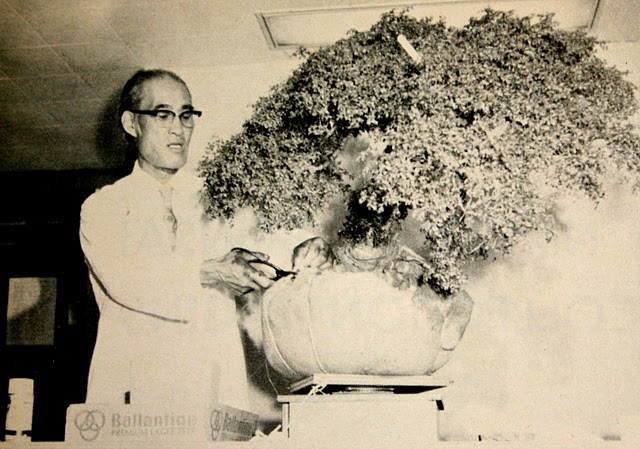 This boxwood had been propagated in 1921 and would have been over 50 years old when collected in 1973. 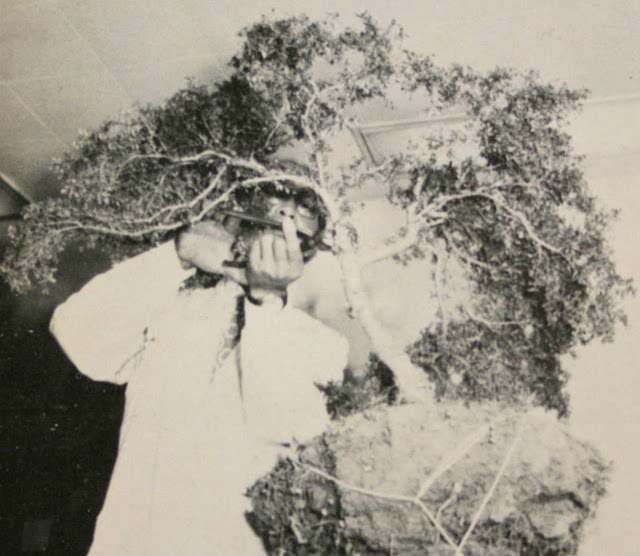 This demonstration was held on September 28, 1973 at the U.S. National Arboretum. 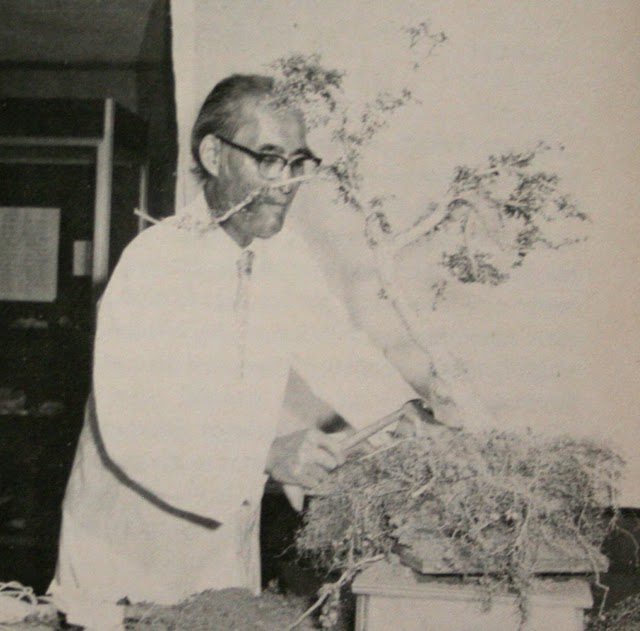 Over the course of two hours Mr. Yoshimura styled and potted the tree before an audience of 70 members of the Potomac Bonsai Association. 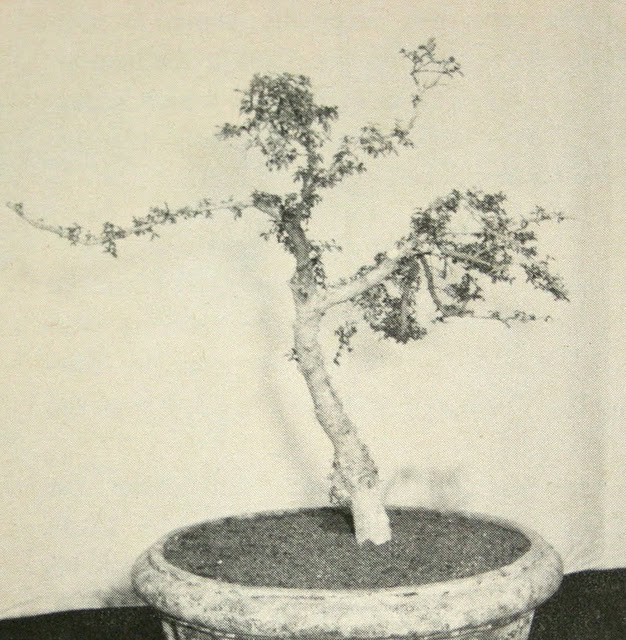 The styled tree was put in an Italian made pot from the Gotelli Conifer Collection. 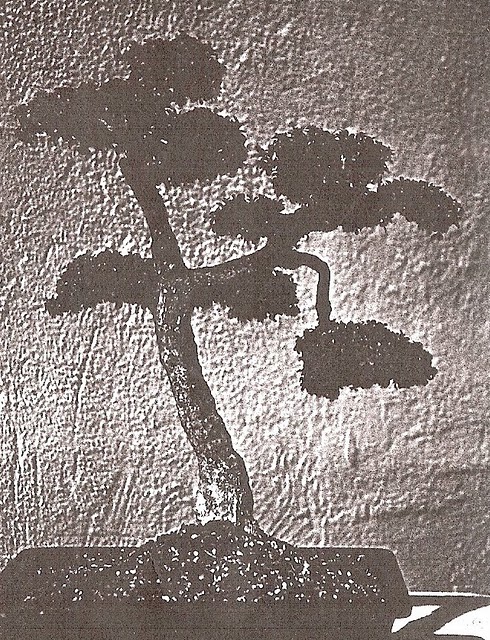 While the picture is of low quality you can still make out the silhouette of the tree. This photo shows the boxwood as it looked in the early 1980’s. 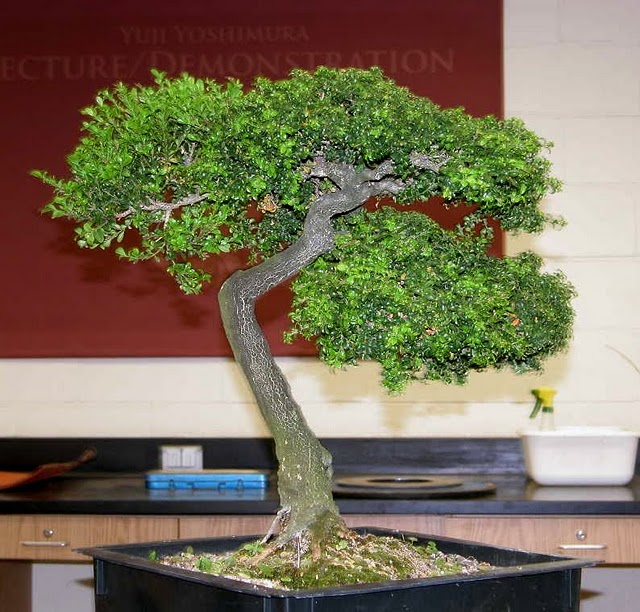 In 1999  the upper portion of the tree was removed. This helped to make the tree more compact while also creating more movement in the trunk. The tree was allowed to grow freely until 2007 when I had the privilege of bringing it back into shape. 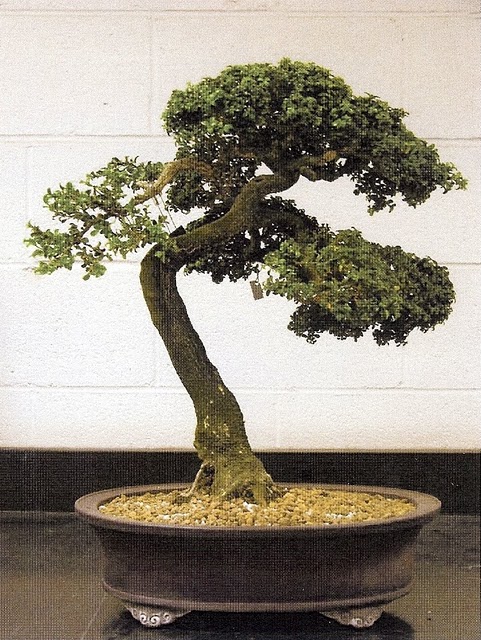 The tree after pruning, wiring, and repotting. Since boxwood grow very slowly, the pruning scare on the trunk had not healed over. In order to hide this, a branch was lowered and over time the foliage pad would fill in and conceal the wound. 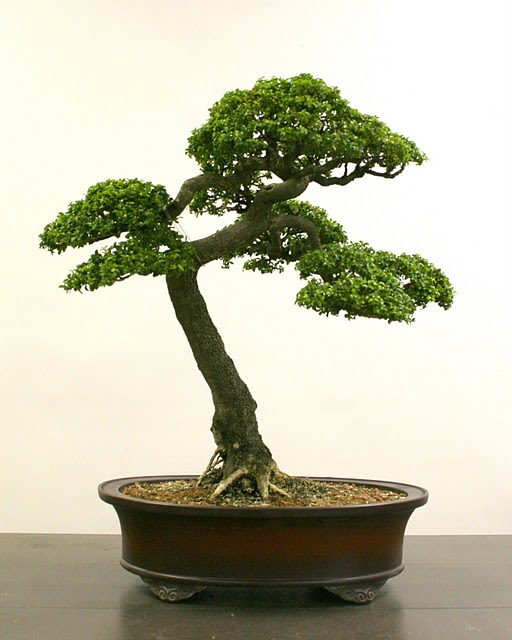 Today the tree is thriving and the foliage pads on the left have filled in. After more than 35 years of cultivation at the Arboretum this tree is reaching maturity as a bonsai. During his demonstration in 1973 Mr. Yoshimura said “We must look to the future design of the specimen.” Mr. Yoshimura not only could see the future of this bonsai but the future of the National Bonsai and Penjing Museum. He envisioned “…a place to which American bonsaiists could give or will their treasures knowing the trees would be cared for and viewed by visitors for years and decades to come.”  I would like to think that he would be pleased to see how his boxwood and the Museum have grown.