Bonsai artist Ryan Neil recently made his first visit to the National Bonsai and Penjing Museum. Ryan was in the area conducting workshops and spent one of the few days he has off touring the Museum. 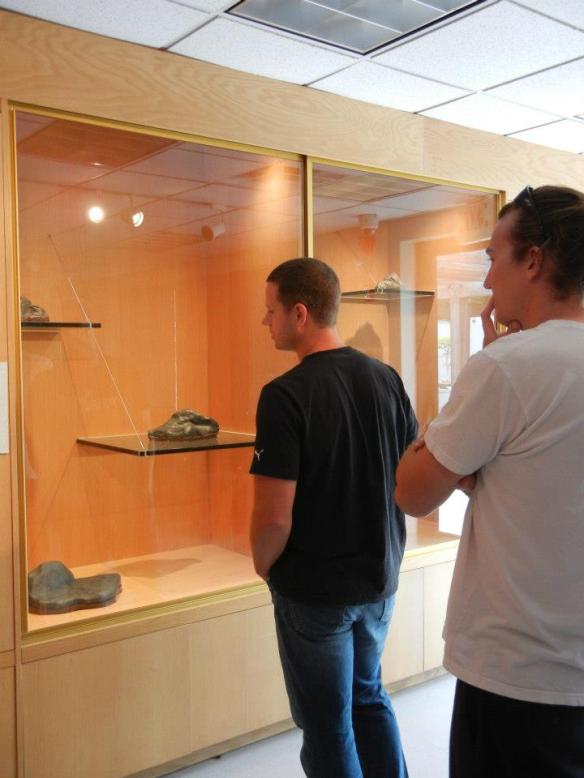 Ryan got a chance to see the entire Museum, including a portion of our Viewing Stone Collection.

Whenever we have a bonsai professional visiting we want to get their input on how they care for certain types of trees. Ponderosa Pine is known to be Ryan’s favorite species for bonsai so I asked him to go over his approach.

According to Ryan, in order to get back budding never bud/candle prune Ponderosa. Also do not remove any needles except those on the bottom of branches. The reason for this is that the more photosynthetic surface area the tree has the more energy it can invest in creating more buds. If Ponderosa are treated like Japanese Black Pine they will eventually weaken and die.

Ryan uses a 1:1:1: mix of Akadama, Lava, and Pumice for his Ponderosa. I asked if lava or pumice could be substituted for something like granite. He said that the porous nature of lava and pumice provides more pore space for water and air near the roots. Old collected Ponderosa like this one only need to be repotted every 15 years so long as you use a hard baked Akadama.

In the Chinese Collection Ryan was really drawn to a few of the antique containers like this lotus shaped pot. Here are some of the other Chinese pots that Ryan appreciated. 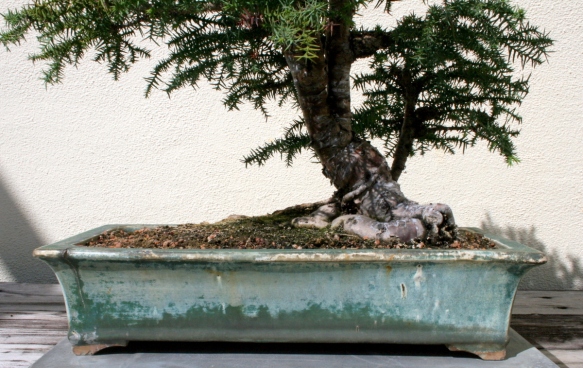 I asked him what he liked about this antique pot. He identified the black coloring created during the firing process when this pot came in contact with the fire. You can see that some of the glaze has actually bubbled off the pot. Ryan said this would have originally been considered a mistake by the potter however now it is what gives it more value.

He also liked this literati pine that I feature in a previous post, “The Graduation Progression of a Literati pine bonsai” He suggested that the main branch could be longer to really emphasize the Chinese character of the tree.

Perhaps the most significant piece of information I got came up when we were discussing the principles of the Clip and Grow technique.

For most bonsai enthusiasts, myself included,  the Clip and Grow technique is one of the basic concepts first learned when studying bonsai.

The concept outlined in every book I have ever read is that new growth can be directed by pruning to a bud which is pointing in the direction you want. What I have never come across is that this only works if you leave a stub above the bud you want to grow. Ryan showed me an example of what he was talking about with this Sageretia theezans.

You can see on this branch that there is a stub above the new shoot that is growing to the left. The reason for leaving a stub is that it forces the new growth away from the branch. If no stub is left the new growth will grow along the path of least resistance . 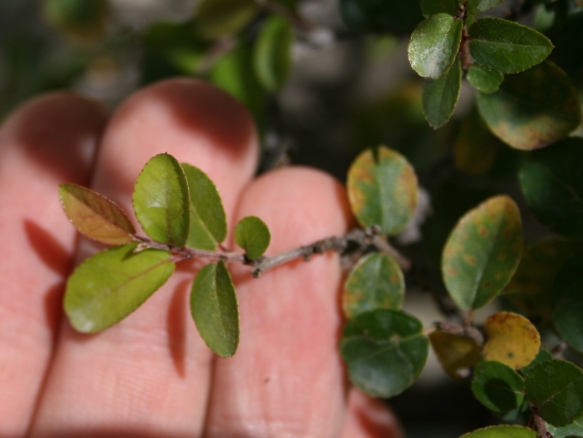 On this branch you can see no stub was left and the new growth is not growing away from the branch but continuing to grow straight. 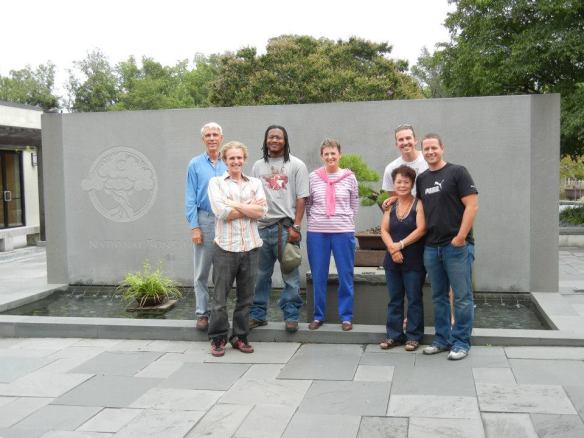 All of us at the Bonsai Museum really enjoyed having Ryan here and look forward to his return visits.